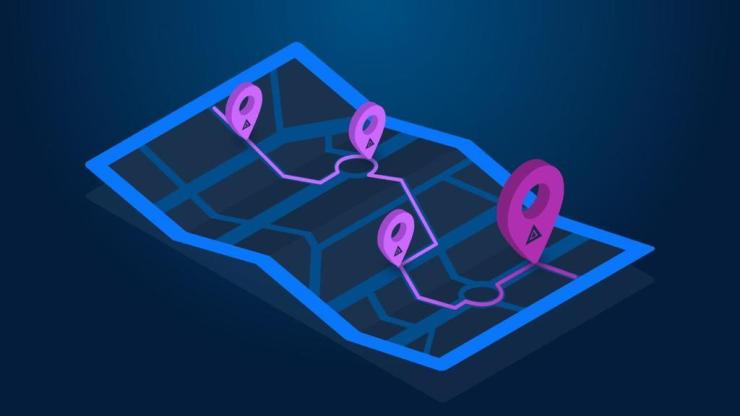 Since launching on January 3rd 2019, Beam has encouraged its community to consult towards Beam technological evolution. Today, 18th September 2020, Beam have published their updated roadmap and is set to lead confidential decentralized finance with a range of exciting additions to its product family. A draft roadmap has already had extensive public consultations from

Since launching on January 3rd 2019, Beam has encouraged its community to consult towards Beam technological evolution. Today, 18th September 2020, Beam have published their updated roadmap and is set to lead confidential decentralized finance with a range of exciting additions to its product family. A draft roadmap has already had extensive public consultations from the Beam community and today, the updated roadmap has been published.

Beam Contract technology will include ability to create contracts with basic scripting capabilities and define clear APIs to use them. Most of this work is already in early design and research stages. Bridges to Ethereum offer the ability to represent wrapped tokens from other networks and will provide enormous benefits. Beam has started researching implementing Decentralized Bridges, and expected to introduce a POC in 5.2 version. Oracles on Beam will provide reference price points for traded assets and Beam is currently researching the possibility of building dedicated oracles, as well as integration with existing oracle providers. Perpetual swaps are a specific implementation of futures contracts without a definite expiration date. The application will utilize SBBS for creating contracts and Laser Beam payment channels for locking collateral, handling funding transactions and settlement.

(BEST IN CLASS) Wallet Track Beam’s ’Eager Electron’ version release came with a consensus change on July 28th 2020 which activated Lelantus-MW and Confidential Asset support in Beam nodes. It also changed the mining algorithm to BeamHash III, the final of two planned PoW updates. Work on version 5.1 started immediately after the release of 5.0 and already in the testing phase is scheduled to be released imminently. This version includes several important features and improvements.

Max privacy transactions utilize the new Lelantus MW infrastructure which uses the shielded pool with up to 64K anonymity set to completely unlink UTXOs from their previous history. Offline payments provide an alternative way of sending funds in a non non-interactive manner. Implemented using LelantusMW protocol, this can be done using either a single public offline address or using a set of unique vouchers generated by the wallet. Atomic Swap improvements are underway! Currently a completely confidential and decentralized way to securely exchange Beams for BTC, LTC and QTUM without any third party, imminent improvements to this in v5.1 will intermediate inputs and outputs with SegWit, lowering the fees for the swaps significantly. Fee rate recommendations will be directly checked from the respective blockchains.

Beam Vault and Secure Sync will bring Beam’s SBBS methods into a future-proof cryptocurrency for all. Beam Vault is designed as a centralized but trustless service which can store SBBS messages for longer periods of time. Beam Vault will also be used to synchronize a Beam Wallet which uses the same seed across multiple devices, something which was previously problematic but highly demanded by the Beam community. Trezor T support will roll out as a custom firmware for which supports Beam with integration into Beam Desktop Wallet. Atomic Swaps with BSV, BCH, Dash and more will be added to the Atomic Swap support, Beam are also looking at other, community recommended coins to add to the swaps function.

Beam Blockchain Explorer improvements will include statistics for Atomic Swaps, perpetual statistics of the LelantusMW pool including estimated hold duration for achieving maximum anonymity set. Wallet UI for Confidential Assets (CA’s), since CAs inherit all the exceptional properties of Beam in privacy and scalability, it is possible to seamlessly mix different asset types within the same transaction. This functionality will be integrated into the Beam user interface in a way that will not negatively impact its usability, while still being able to support all relevant use cases for power users. Address Book improvements will also enable categorization of features like Beam’s Offline Payments and Confidential Assets. Beam Web Wallet and Wallet Service Mainnet release; Both web wallet and wallet service are currently undergoing rigorous and extensive security and stability testing and mainnet release will take place towards the end of the 5.3 time frame.

GhostDAG is a novel consensus algorithm which replaces the blockchain with a k branching directed acyclic graph. This will enable blocks to be created faster resulting in higher network throughput with many more possible transactions per second. GhostDAG will also provide better miner decentralization and reward distribution with the possibility that more blocks can be created. Beam have started research of a GhostDAG infrastructure and will further consult the community specifically on this amazing technology. Side chains proof of concept will provide infrastructure for adding new capabilities to Beam without changing the main chain consensus.

The next major version will come with a fork that will not change the PoW algorithm but rather introduce crucial consensus breaking features to support Beam’s Confidential DeFi infrastructure.

Ferdous Bhai, Board member of the Beam foundation said:

How to Earn from Crypto-Powered Casual Games
Ads